Last spring, we realized that the Beast was greatly affected by artificial food dyes and flavors.  We immediately removed them from our diet and changed our eating habits for the better.  Around that time, a good friend was trying to figure out her kids' food sensitivities, and she removed gluten, soy, and dairy from their diets.  Both of us saw such positive results that we knew these would be life changes for us.
Then came the season of let's-knock-doors-and-get-a-truckload-of-candy.  Our kids loved this time of year.  It meant pumpkin patch visits, pumpkin carving, and a visit to the local fall festival to obtain as much candy as possible.  With our not-so-new diets firmly in place, a fall festival seemed like a bad idea.
We decided to hold a small party in which our kids would dress up in their favorite costumes, play some fun games, and enjoy treats that were dye-free, gluten-free, soy-free, and cassein-free.  Yikes!  This was no small task. 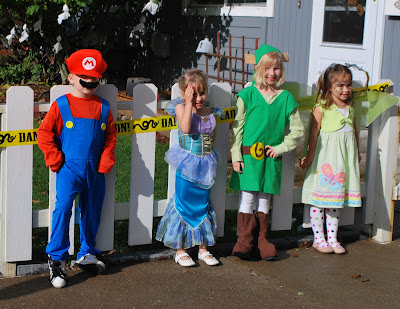 My friend hosted the party at her home.  Thankfully, amidst an October of heavy, cold rain, God saw fit to give us a few hours of sunshine for our party.  The kids had a balloon fight and played Red Rover outdoors. 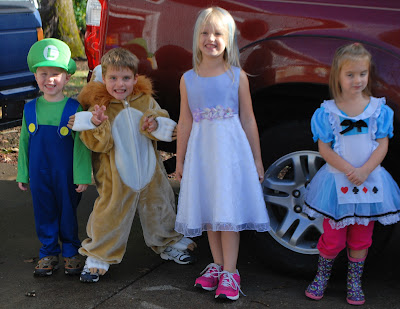 We played as many super-active games as we could to get that boundless energy out. 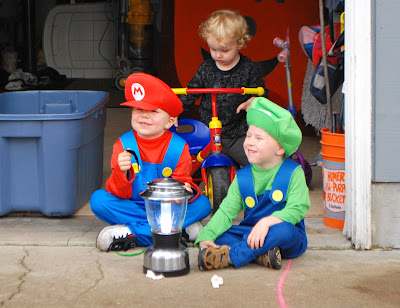 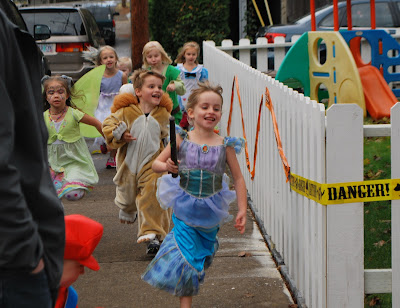 My friend even had a fun bean-bag game and a tiger-hunting game for them to try out their skills. 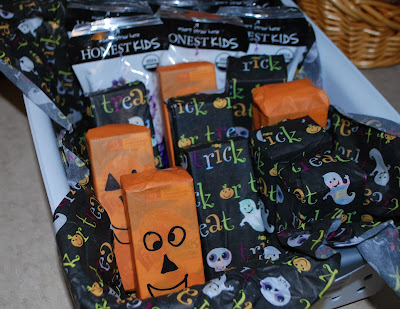 Treat time was successful!  We had these adorable tissue-paper covered juice boxes for the kids and all-natural root beer for the grown-ups.  My friend decorated mini-containers of oranges to look like jack'o'lantern faces.  Everyone snacked on veggie and fruit trays as well as little taquitos and yummy chicken meatballs.  Desserts included gluten-free brownies, gluten-free cookies, and homemade marshmallows. 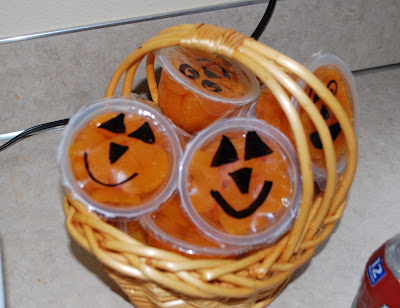 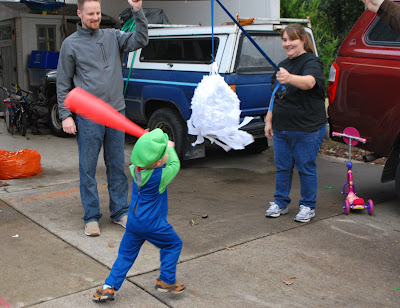 The final event of the party was the pinata.  I made a cute ghost pinata using a paper bag (will post tutorial later) and the kids had a great time taking turns trying to smash it.  Once broken, the kids quickly scattered to pick up the little Halloween trinkets, pencils, and all-natural lollipops. 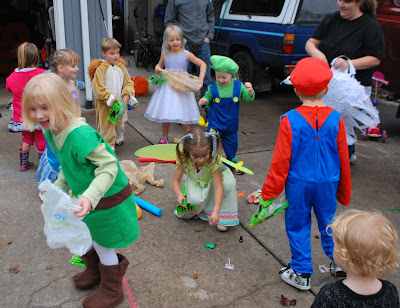 We had a great time.  The kids got to wear their costumes.  They got their candy and sweet fix.  They were able to be at a party where all the food and treats were safe for them.
I think this is going to be a yearly tradition!﻿
Posted by Mrs. Frogster at 9:27 AM