Mr. Spud Muffin had his first birthday celebration on Saturday. I planned a beach-themed party at the local spray park. Unfortunately the weather did not cooperate, and we ended up moving it to Grandma's house. We still managed to have a little of the beach with us, though: 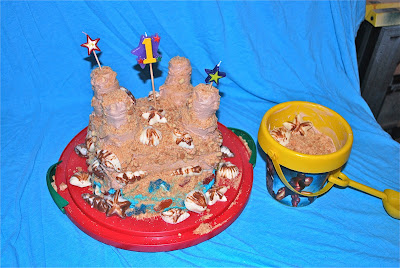 The sandcastle cake was made from a 13x9 sheet cake cut in half and stacked on top of a round cake layer. The round layer was iced in blue and adorned with gummy fish. The sandcastle was iced in milk chocolate frosting and decorated with nilla wafer crumbs and candy seashells. The towers are actually cake cones coated in frosting and crumbs. The beach pail contains the Spud's special cake - it's just small pieces of cake layered with applesauce and topped off with the nilla wafer crumbs. (I got this idea from familyfun.com). 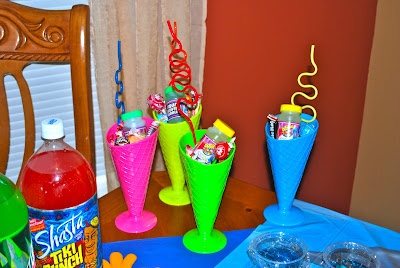 Party favors were pretty simple - a trip to the dollar store yielded these bright ice cream cone cups which we filled with candy, bubbles, and a crazy straw. 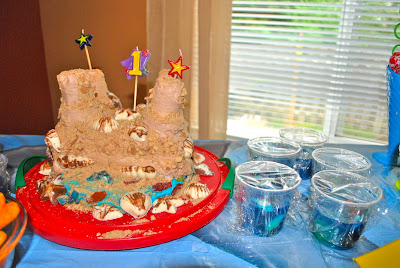 Another treat that the Drama Queen made for the party were blue jello fish bowls. To make them, you need a package of blue raspberry jello, some gummy fish, boiling water, and ice. Mix the jello and 1 cup of boiling water in a large bowl. Add two cups of ice and stir for five minutes. Remove any unmelted ice and spon the mixture into clear plastic cups. Push gummy fish into each cup. Refrigerate until firm. 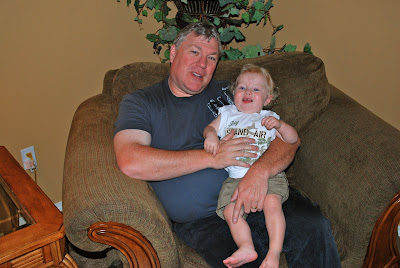 The Spud spent some quality time with Grandpa. 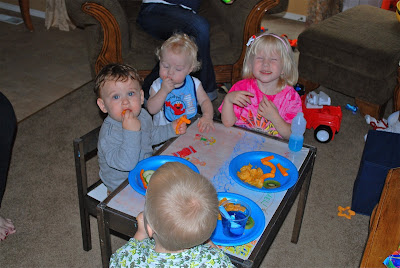 The kiddies and their second cousin enjoyed all the finger foods. The Spud and his second cousin are only a month apart in age and spent most of this time stealing each other's cheese puffs. 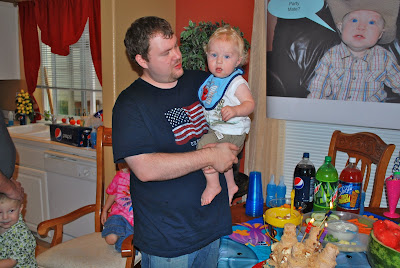 Daddy and the Spud get ready to have some cake. (Grandpa made the awesome larger-than-life photo posters for decorations!) 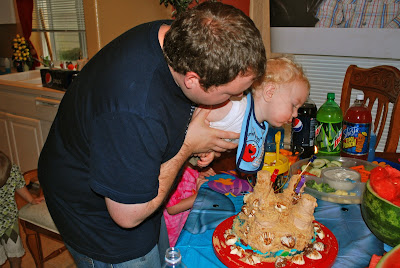 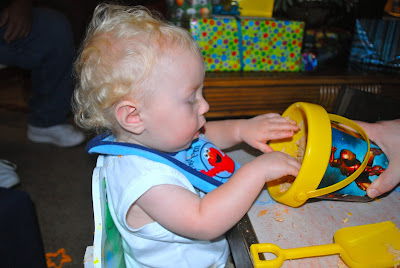 The Spud did not hesitate and dug into his bucket of cake without reservations. 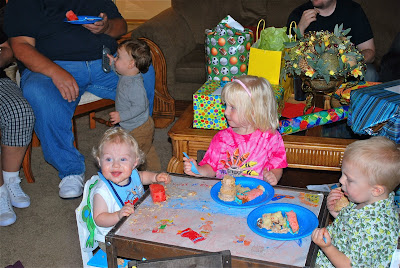 It looks like the cake was a success with the little ones! 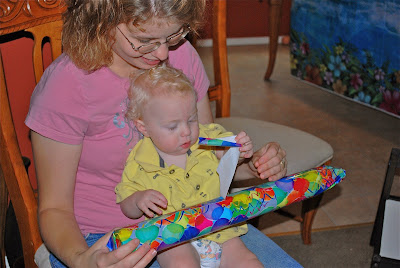 He is our only kid to not cry while opening his gifts. In fact, he seemed pretty blase about the whole experience. 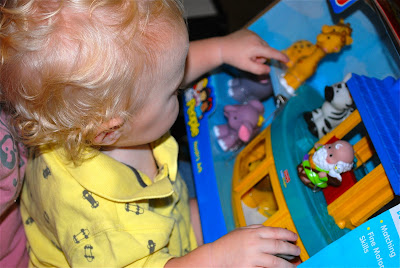 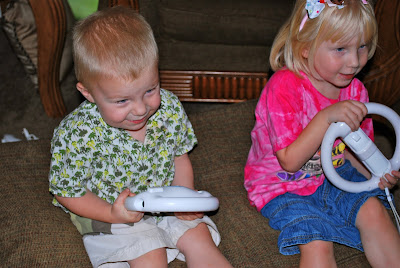 Since swimming and splashing were out of the question, a little Mario Kart became the favorite party activity. (Don't be fooled by the Drama Queen's confident expression - neither of them have any idea of what they are doing!)
It was a great party, and I am relieved to have no party planning for a while. Hubby turns 29 this week, but Grandma is taking care of that party. And I fully expect him to throw me a huge party in December, when I turn (gasp!) thirty!
Posted by Mrs. Frogster at 9:52 AM