So in case you haven't noticed, I have four kids ages six and under.  This means that their little tummies are often empty, and the little beggars will come around looking for snacks.  Pre-Feingold, I would give them cheese and crackers, carrot sticks, tortilla chips, granola bars, goldfish, popcorn, etc.  While some of those are still good options for the offspring, manufactured snacks such as goldfish, graham crackers, and chips are out unless I want to shell out a lot of money for the organic, no-additive variety.  The frugal me says that's not okay, especially when my kids chow through a little box of crackers in one day.  Just sayin'.  So I have been on the hunt for recipes to make my own crackers (thank you Pinterest!) with these three goals in mind:  1) it has to have healthy ingredients  2) it has to be simple and not-too-time-consuming  and 3) it has to be tasty enough that the kids will eat it willingly - otherwise, it's so not worth it!  And in my search, I found this recipe for cheese crackers.  Five ingredients.  Prep sounded simple.  Baking sounded easy.  Pictures looked awesome.  And so I tried them.  Here's how my version went down: 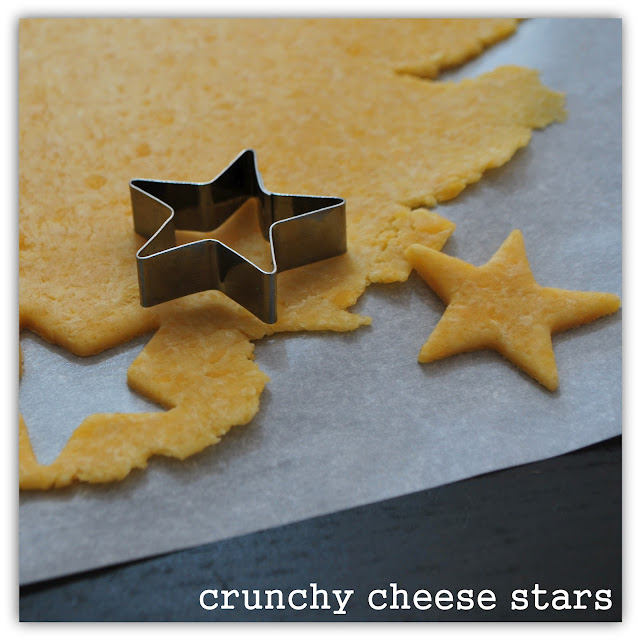 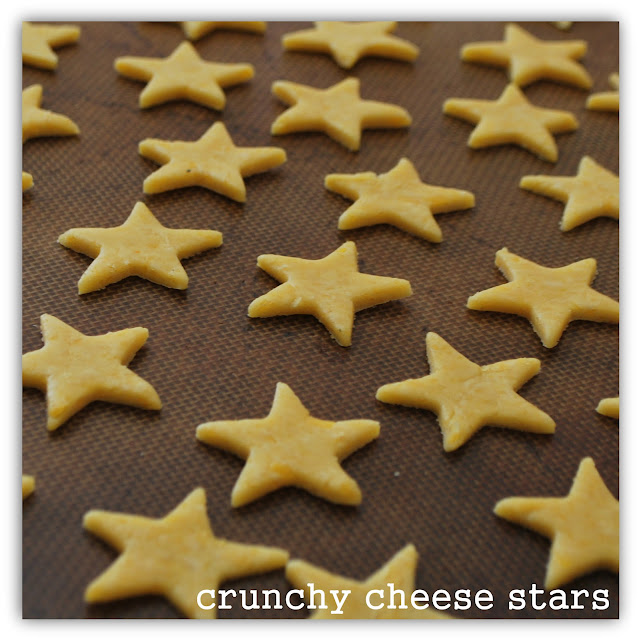 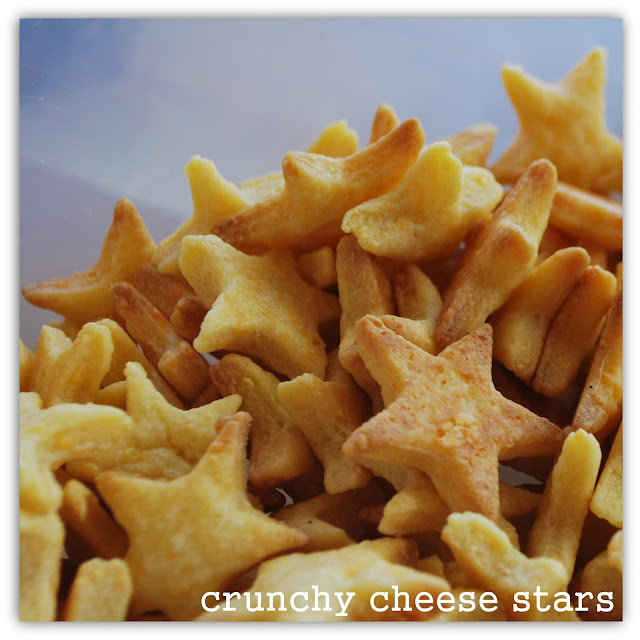 First, I made the dough.  It's really just like making a pie crust, with the addition of cheddar cheese of course.  I took 4 TBS of butter, cubed it up, and threw it in my food processor.  Next I shredded up the cheddar cheese to get 8 ounces (make sure to use Feingold approved cheese) and attempted to add that to my food processor.  It was then I realized that I did not own a full-size food processor, but rather a "mini", which was not large enough to fit this recipe.  What to do, what to do?  I moved the cubed butter and shredded cheese to my blender, added a cup of flour, 3/4 teaspoon of salt, and pressed the button.  What happened next was a whole lot of nothing.  The blades whirled merrily around, doing nothing.  I shook the blender and did a lot of very-unculinary-like things to try to make it work.  Nothing.  Still persevering, I transferred the whole chunky mix to my Kitchenaid mixer.  I put that baby on high until finally the mixture was incorporated enough to add the 2 TBS cold water.   I then transferred the cracker dough (finally!!) to plastic wrap, wrapped it up tightly, and put it in the fridge for thirty minutes.  (Or maybe it was an hour, I did get pretty caught up in some Facebooking and Pinteresting...)

The next step was to put the dough on a sheet of wax paper and roll it out as thin as you can.  Realizing that I only had parchment paper in my pantry, I decided it would work just as well and commenced with the rolling.  This takes some muscle work, ladies!  The paper kept shifting on the table, and my only solution was to get one knee up on the table to hold down the paper while I rolled that dough.  And no, I did not get you all a picture of that athletic feat!  Eventually, I got a nice, even, thin slab of dough to cut out my stars.  Our Ordinary Life creatively made her own cutters out of a soda can.  I happened to have a little star cutter that worked just fine.  I cut and cut and cut and cut and put all those cheesy stars on my cookie sheet, close together because they wouldn't spread at all.  And then I baked 'em for fifteen minutes at 350 degrees.

Results?  Crunchy, buttery, cheesy, tasty crackers that were more than just a little addictive!  I rerolled the remaining dough a few more times to cut out the rest of the stars and baked them too.  What crackers actually made it past the hungry crew lying in wait in the living room were stored in an airtight container for future snacking.  And despite all my struggles with evil kitchen appliances and slippery dough, I felt it was very worth it.

I did some math for you all to figure out the cost of making a batch of these yummy crackers.  I used average costs for butter, cheese, and flour, with the final total being about $1.50 for 12 ounces of delicious cheesiness.  That's a lot cheaper than Annie's Homegrown Cheddar Bunnies!

I made these crackers a second time this past week, using the mixer straight away instead of messing with the other appliances.  My dough was not as pliable that time around and was much harder to roll thin.  I think I'm going to have to spring for a full-size food processor.  Me thinks there will be many more recipes in my future using this machine...
Posted by Mrs. Frogster at 6:00 AM