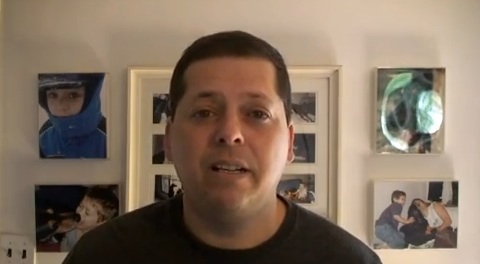 No doubt many of you have heard of the heart-wrenching tale of Stuart Chaifetz, his autistic ten-year-old son Akian, and the bullying Akian endured at his school.  If you are not familiar with the story, here's a brief recap.  Akian had always been a quiet, sweet, easy-going kid until this past school year.  Not long after school started, Stuart started getting calls and notes from the school that Akian had been acting violently in class, hitting teachers and screaming with rage.  This was so unlike Akian that Stuart arranged for several meetings with the teacher in the class as well as the principal and specialists to help try to figure out how they could help Akian.  Nothing seemed to work, and Stuart felt frustrated that his once-happy kid was struggling so much.  He realized that something at school was really setting off his son and decided to send Akian to school with a hidden wire to record everything that happened that day.  When Akian got home from school that day, Stuart listened to the recordings and was sickened and angered by what he heard.  The main teacher and her aides in this all-autistic class told Akian to "shut up" and called him names.  They threatened him when he talked to himself (a very normal activity for an autistic child) and discussed very inappropriate topics in front of the students in the classroom.  The teacher even admitted to her aides that she had drunk a lot of wine the night before, and that "the wine was teaching the class today." These teachers took full advantage of their situation - a class of children that could not express to their parents what went on in their classroom.  What made it worse was the fact that these specially-trained teachers were supposed to protect these kids from other kids teasing and bullying, when in fact they were doing the bullying themselves.  Stuart submitted his recordings to the NJ school district, who after reviewing the evidence, fired one of the aides and moved the main teacher to another class.  Upset that a teacher who had treated his son so badly was still allowed to teach, Stuart Chaifetz made this video to spread the word and help alert other parents that this teacher was still teaching in the district.

The Nerd sent me the link to this video last week as he commuted to work on the bus.  The contents of the video made me physically ill;  the Nerd later told me that he had no ability to focus in his first two meetings of the day after watching the video.  It bothered me so much that I couldn't stop thinking about these teachers who were entrusted with the care of autistic children - teachers that abused the children with their words and actions.  It made me angry and sad that kids who have a hard enough time being heard and understood were being taken advantage of in such a way by adults who should have known better.  It felt personal, because I knew the same situation in theory could have happened to my Beast.  Although he has better vocabulary skills than many autistic children, he never tells me about what happened at school.  Never.  His teacher gives me a list of things that they did in class to use as a conversation-starter with him.  If it were not for that piece of paper, I literally would have no idea what went on in his classroom that day.

We recently made the hard decision to homeschool the Beast this upcoming school year.  Watching this video only confirmed this decision for me.  I am not generalizing this horrific behavior to all special ed teachers, as we have been most blessed by some amazing teachers and therapists for our Beast.  Still, you want to protect your children all that you can.  Sometimes, that means taking an alternative road to what others are doing or what the experts tell you you should be doing.  And sometimes, it means spreading the word so that parents will be alert and involved enough in their child's schooling to prevent this kind of thing from happening again.
Posted by Mrs. Frogster at 10:16 PM