It's time for another Iphone photo dump, courtesy of InstaFriday from Life Rearranged and my everpresent phone to catch those little moments. So, without further ado, here's our week in grainy Iphone photos: 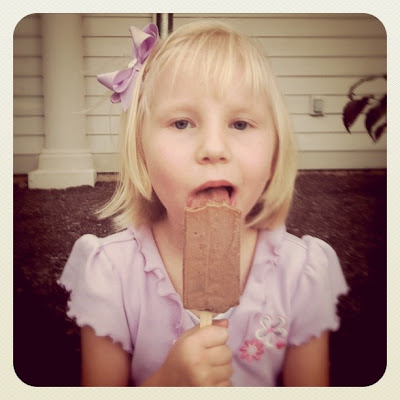 The Boy Scouts have been selling ice cream treats after church each week to raise money for their troop. For several weeks, we had been steadfast naysayers until the Nerd finally gave in this past Sunday, allowing the kids to pick whatever they wanted while I visualized my laundry detergent at home and fervently hoped it would erase any damage made by the popsicles. 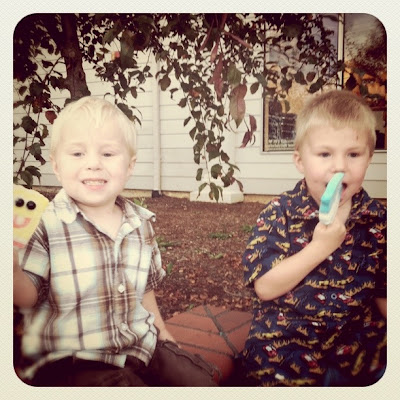 I was very proud of Davey - although the ice cream cart advertised Spider Man popsicles, they ended up not having any. Instead of having a major meltdown, he very calmly chose another character and seemed pleased with his selection. (and in case anyone is wondering, the SpongeBob and Sonic popsicles taste awful! My kids didn't think so, but I ended up with a taste or too and they were disgusting. ) 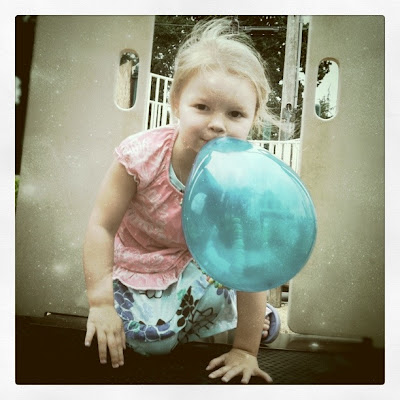 I managed to catch a few shots of party guests at our "Monkeyin' Around" bash on Saturday. 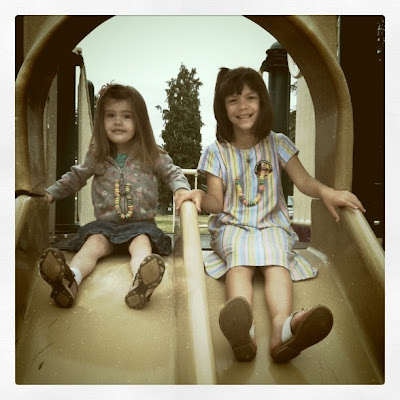 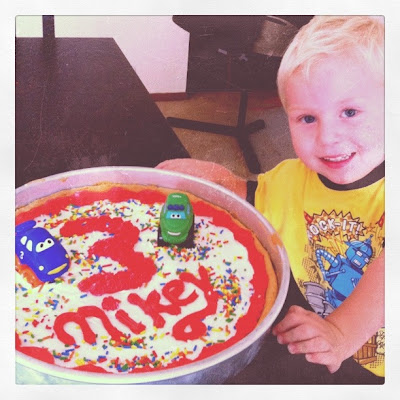 The birthday boy wanted me to take a picture of him and his cookie cake with my "funny phone camma." I obliged. 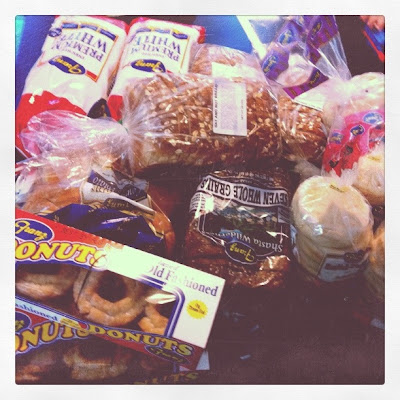 I have slowly been getting my feet wet in the whole couponing thing - this week I really managed to get some great deals without stressing myself out too much. With coupons and a quick trip to the local bakery outlet, I managed to get all of this for five dollars. Go me! 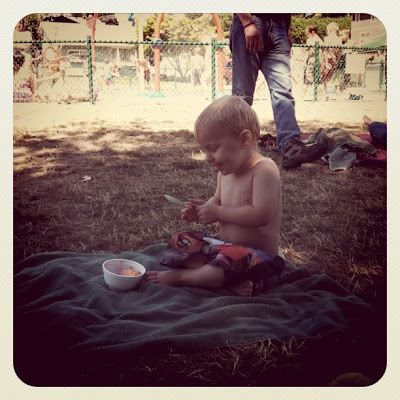 Surprise! They were serving up 25 cent bowls of ice cream at the splash park on Tuesday. This was a perfect scenario for me - eat the ice cream, get it all over yourself, and then go rinse off in the splash park. I call that a "win-win." 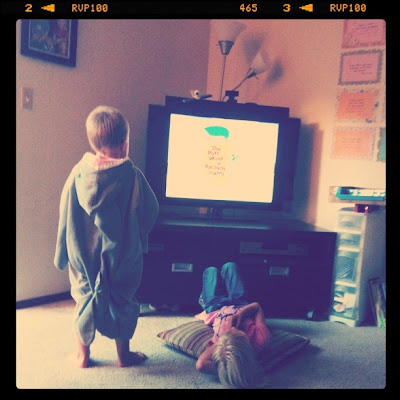 Halloween costumes have emerged from the closet as various little people around here have taken turns being Ironman, Spiderman, a shark, and Thomas the Tank Engine. Apparently the Shark likes himself a little TV time. 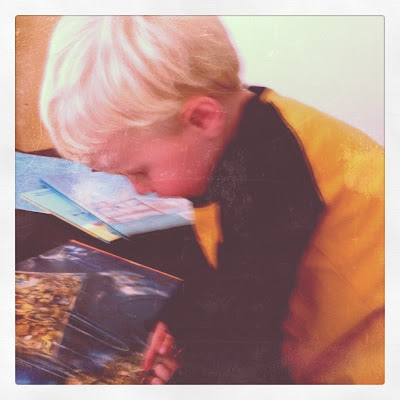 Library time is always a fun excursion for me. I take four kids and tell them repeatedly to be quiet and pick out their two books without disturbing the other patrons. The Spud always picks his books out in record speed because that leaves him more time to terrorize the library. Here he is searching for the key in a treasure chest "can you find?" book. 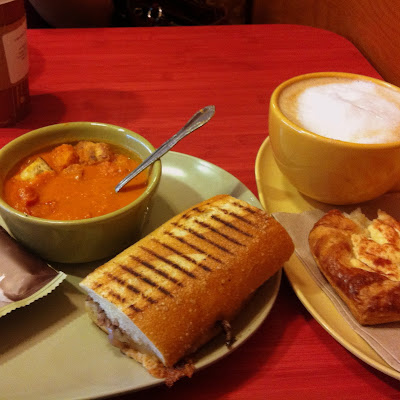 I scored some much needed girl time with my Rachels last night - no it's not a secret club; I just happen to have two close friends named Rachel. :) We hit up Panera Bread where I greatly enjoyed the above meal. The cashier had the nerve to ask me if I would like the pastry packaged up to take home later. I said to her, "Lady, look, I'm pregnant! Just put it on the tray with all the rest of the food!" We fully intended on walking through the mall or visiting the local bookstore after we ate, but conversation led us to stay firmly at that table until closing time. Ah yes. The food was very good, but the fellowship was far greater.

And that's it for this week. Now my phone is ready to capture whatever is in store for us this coming week.