What is it about little boys and trains? Honestly, the Beast never really seemed to care about trains, but our Spud seems to have been born with a toy train in his hand. He is THAT obsessed. He does love him some Thomas and Friends, but he is perfectly willing to play with generic trains too. Spud will take quite a bit of time to set up his tracks in the morning and then spend hours driving his trains endlessly around the track. Whatever pull those trains have on the little guy, I want in on their secret. If he paid half as much attention to me as he did those trains, I would be Mother of the Year! 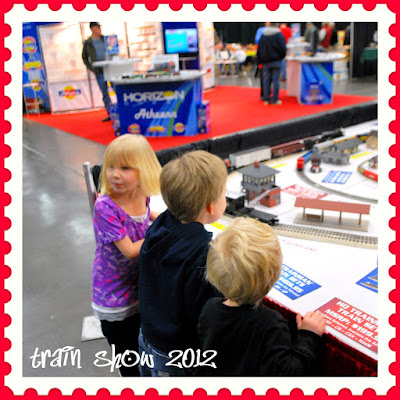 Anyway, when we found out a train show would be in Portland a few weeks ago, we (the Nerd) thought it would be a fun event for the kids. (That's because he read the ticket information that said kids were FREE!) Adults were ten dollars each, and they lured you in with promises that all kids would get to ride Thomas the Tank Engine. 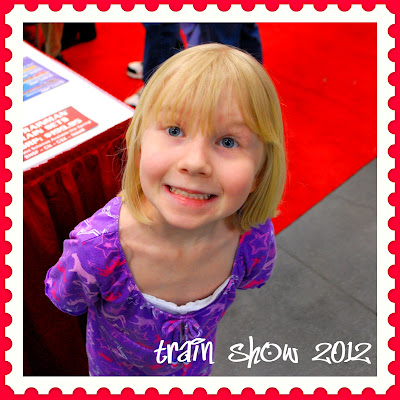 Most of the rest of the show was run by guys who are a little too into their trains, if you know what I mean. They are the kind that search and search for the perfect tree replica to put in a special spot in their train set-up in their house. Still, my little man was bursting at the seams with excitement at all the trains! 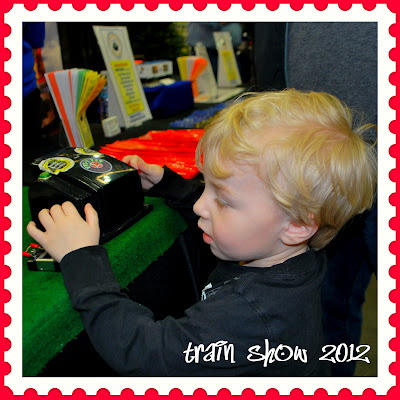 Not only did several very kind vendors let him "operate" their trains, but he also spent some time in a play area playing with Thomas trains and lots and lots of plastic tracks. Pretty much the same thing he could have done at home, except at home we don't have a hot dog vendor standing nearby tempting kids with his $4 hot dogs and sodas. 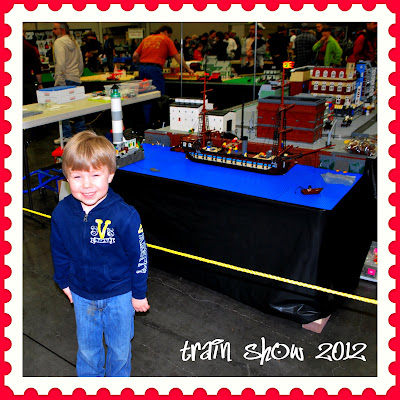 There was a giant Lego city set up in the middle of the show. The Beast was especially enamored with the pirate ship and kept sneaking under the rope to "get a better look." The guys who had spent over fourteen hours building the city were having mini panic attacks at this threat to their handiwork. I did my best to keep my extremely over-stimulated Beast from doing any damage. 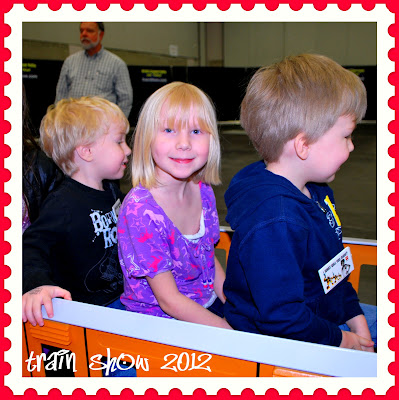 We were able to get in the line early to ride Thomas the Tank Engine. Spud's eyes were wide at the fact that we were getting to see the "real Thomas." The Beast was in awe of the steam that came out of Thomas' smoke stack. All of us were a little underwhelmed at the very short and uneventful ride the kids got. 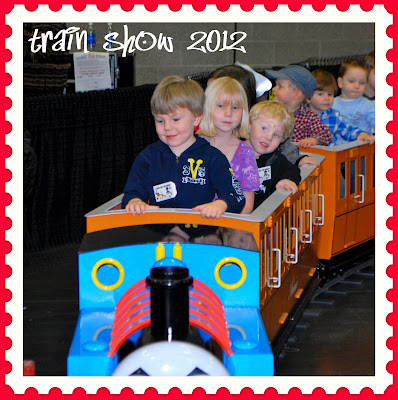 I still don't get why trains have such a magnetic appeal for my son. Seeing his face light up at the show, though, was worth stopping at every. single. booth. to look at the trains. And then, when the Nerd decided to take them on a ride on a "real train" (i.e. the Metro downtown), the kids' reactions were priceless. Totally worth the ticket money and outrageous downtown parking fees!
Posted by Mrs. Frogster at 1:37 PM