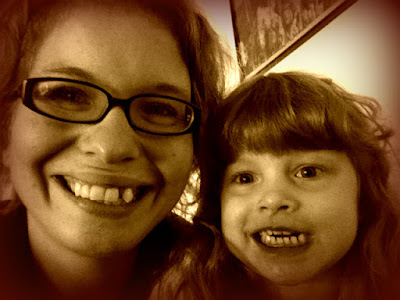 Two years ago, I asked my blog readers to please pray for my niece Clara. She had suddenly experienced a series of seizures that had caused her to go in and out of consciousness and had sent her to the hospital there in South Korea where they had been living. Since then, Clara has had seizures here and there and has struggled physically in some areas. The family moved to Florida last summer and has been seeking answers for Clara since then.
You may remember that this is the same family that lost baby Jack earlier this year. Life certainly has given them a lot to handle this year. Tom and Laura finally were able to get a diagnosis for Clara this past week - she has Rasmussen's Encephalitis, a rare inflammatory disease that affects one hemisphere of the brain and causes a lot of seizures, mental deterioration, etc. I am no expert on the subject so here's the link if you want to learn more about Rasmussen's Encephalitis. At any rate, Clara will have to have a brain surgery known as hemispherectomy, in which the surgeons will disconnect the side of her brain that is experiencing all the seizures. This is a risky but necessary surgery - it will probably cause partial paralysis in the opposite side of the body from the brain hemisphere they disconnect. She will also most likely experience some vision and speech problems. The surgeons are hoping that the surgery will stop or at least diminish the seizures so that eventually they can start trying to recover some of the lost brain cells. It is such a rare disease that scientists aren't even sure what causes it, let alone how to treat it or help it.
So I am asking that once again, you lift up my niece Clara in prayer. She has a lot ahead of her, and I know her family would definitely appreciate your prayers as they go through this together. They are thankful to finally have a diagnosis and at least some answers. God will answer the rest!
Posted by Mrs. Frogster at 9:10 AM