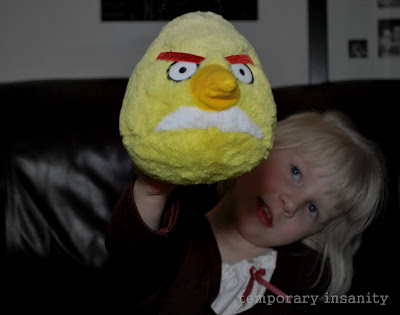 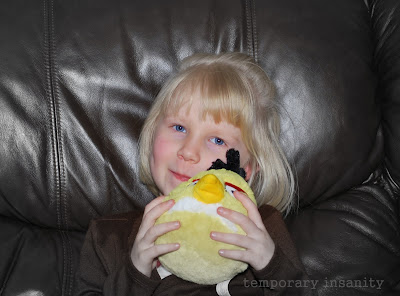 So. Ever since the Drama Queen discovered Angry Birds on our PS3, she has been addicted to launching those birds at the grunting pigs and rescuing as many eggs as she can. (Psst - don't tell her that it's also on my Iphone - I'll never see my Iphone again!)
She thinks it's hysterical and giggles the entire time she's playing. (which is really not all that often, since I limit video game time). She also is WAY WAY better than I am at the silly game.
Is it any wonder that when Daddy brought home a soft plush Angry Bird that makes the same funny bird sounds as the game that my Drama Queen was completely thrilled?!
Posted by Mrs. Frogster at 10:44 AM