Little Man and the Birthday

﻿
﻿
We have a birthday tradition in our family of tying a big bunch of bright balloons on the birthday child's chair and leaving a special small gift at their breakfast plate.  When they wake up and come upstairs to the dining room, they get so excited to see the balloons and gift, and it just sets the tone for the whole fun day. 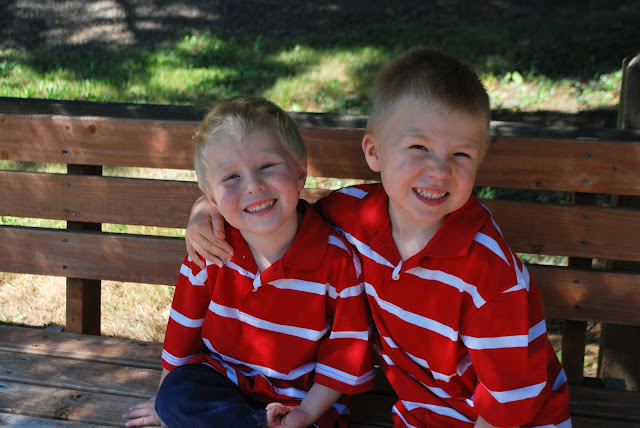 The Spud's fourth birthday was a couple of weeks ago.  On the morning of his special day, I set about making pancakes for the crew.  The Drama Queen came into the kitchen and casually commented, "Hey, I guess it isn't his birthday today after all.  There aren't any balloons on his chair."  My heart dropped.  How had I completely forgotten our birthday tradition?  The Nerd hadn't yet left for work, and he overheard her comment.  He disappeared into the bedroom and came out a short while later with a wrapped gift.  "Hey, buddy, we forgot to put this by your plate this morning," he said as he handed it over to an excited Spud.  I mouthed a quick "thank-you" and quickly turned my attention back to the pancakes.  It really wasn't a big deal in itself.
It's just that - poor Spud always seems to get the short end of the stick, especially when it comes to birthdays.  One birthday we only got him one gift - a Cozy Coupe (used, no less).  Apparently we have a tendency to get back on the "get-out-of-debt" wagon during the summer, and it affects poor Spud's birthdays.  Of course, he is the kind of kid that gets a lot of joy (and a lot of mileage!) out of toys, and he never seemed bothered by it. 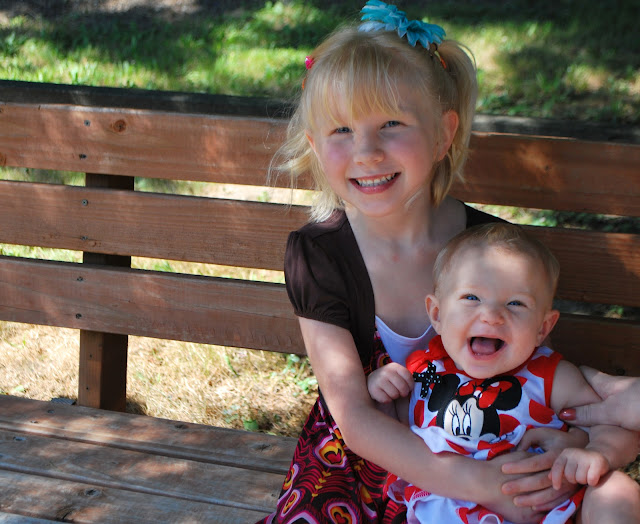 This year, we were determined to make it better.  I failed on the balloons front, but we managed to have a fun dinner out that night and spoiled him with lots of gifts, mostly Thomas the Tank Engine in nature.  It wasn't his year for a birthday party, but we surprised him with a trip to Shady Dell Miniature Trains later that week. 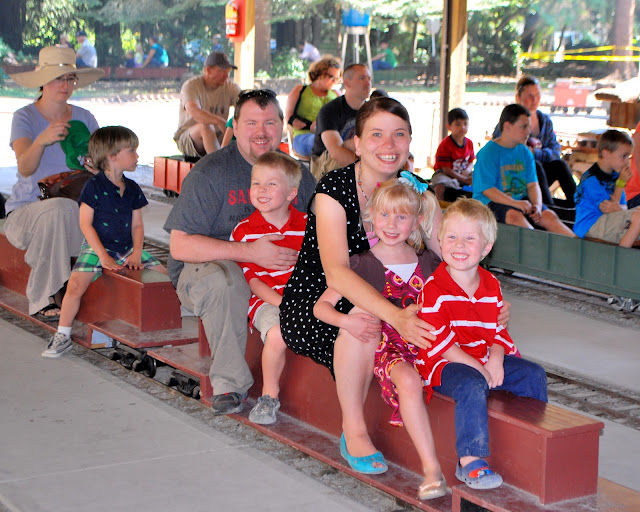 It was a gorgeous Sunday afternoon, and all the kids were excited to ride the trains at Shady Dell.  Every time I looked at Spud that afternoon, he was grinning from ear to ear.  It was definitely the best way to celebrate his special day. I can't believe my little man is four years old.  He is the most stubborn and yet the sweetest little guy.  I count myself so privileged to spend time with him every day and to be his momma.  Often, he will surprise me with a fierce hug and kiss;  the next moment he is running away and shouting no.
He is passionate about his cars and trains.  I will help him get his tracks all set up early in the morning, and he will drive his trains and cars around for hours on end.  He adores his big brother and sister and usually gives in to what they want. 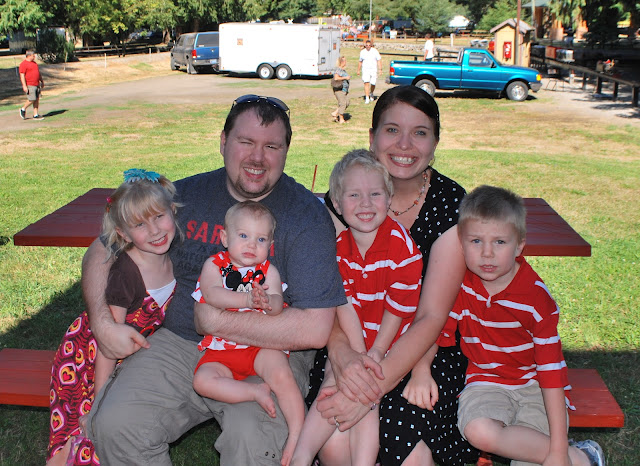 He fits perfectly into our family.  I  know that tomorrow morning, he will be the first to greet me with a sleepy hello and a request for cereal.  I absolutely adore him.  Happy birthday, sweet Spud!
Posted by Mrs. Frogster at 11:20 PM