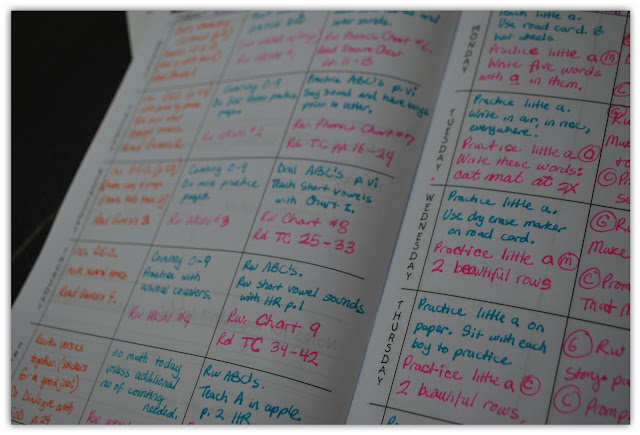 Planning, praying, perspiring, more planning, pondering. . . The decision to homeschool our three oldest this year was certainly not easy.  Although I am beyond certain that we made the right decision, it still doesn't take away the butterflies and the "what-if's" and the uncertainties.  Technically last year was our first year of homeschooling, but it was only the Drama Queen.  She is bright and loves school; so it really was an easy year overall.  Being pregnant with Little Sprout did complicate things a little, and towards the end, we were both agonizing through endless worksheets and books.  I am learning a lot about homeschooling though.  It's not "school at home."  You don't have to do every. single. worksheet.  If she can spell all the words on her list without looking on Monday, there's no sense in dragging it out for the whole week.  If curriculum isn't working, I have the power to ditch it and find something that does.  Anyway. 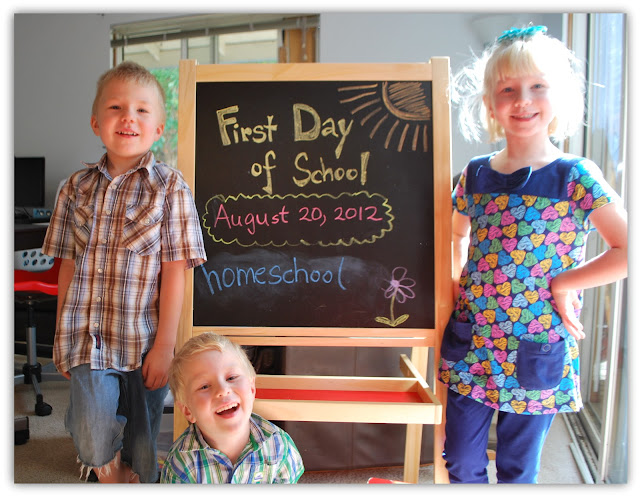 We had our first official day of school yesterday.  The Nerd had steam-cleaned the carpet in our "school-room" the night before; so I got up early to move furniture back in, look over lesson plans, make pancakes, soothe an unhappy baby, push the unfolded laundry to the end of the couch, etc. 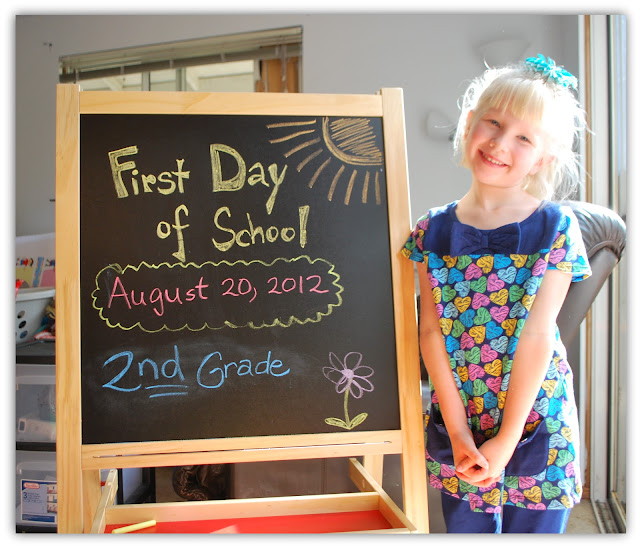 When I came out to the living room, I found Little Miss Drama Queen curled up on the couch asleep.  As soon as she smelled the pancakes sizzling on the griddle, she shot up from under her blanket and asked if it was time to start school yet.  I was tickled to see that she had gotten up in the middle of the night and changed into her "back-to-school outfit" before going back to sleep. 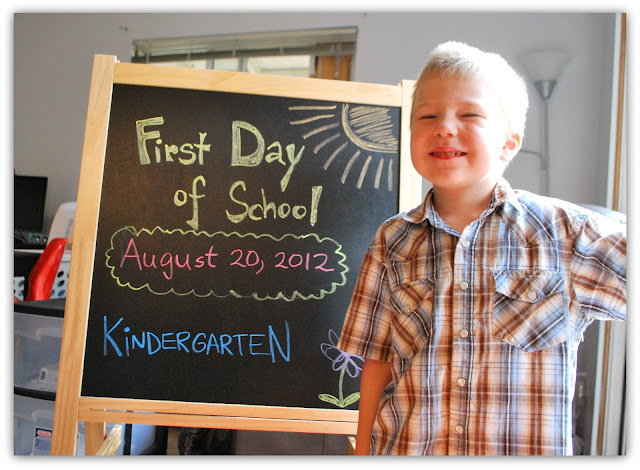 Since no day passes around here without some drama, our first day of homeschooling certainly had its share.  Spud woke up sobbing that he didn't feel good and spent all his time at the breakfast table crying that his brother was "looking at him."  The Beast was of course overstimulated with the excitement and difference in schedule.  He spent a lot of time running into walls and causing general chaos.  No one was particularly thrilled to be posing for so many first day pictures, but obviously they did a great job faking it. 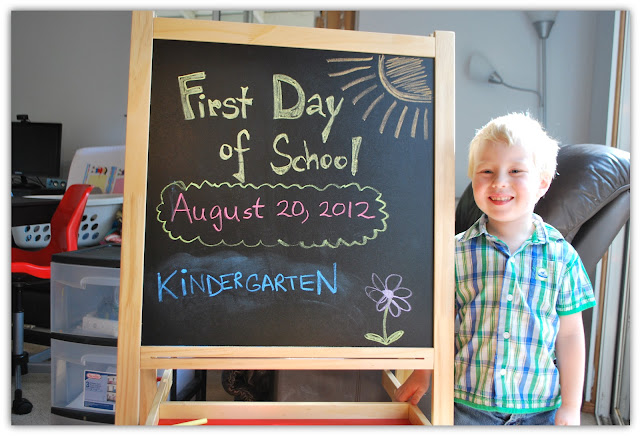 The school day went well enough.  It helped me see where my planned schedule didn't work and where I could cut time.  I got the same tingle of excitement that I got every year as a school teacher before I had my kids.  When asked what their favorite part of the day was, The Drama Queen responded with "math class" and the Spud favored coloring the American flag in history class.  The Beast's favorite?  Sharpening pencils and making sure everything was in his pencil box.  Obviously we have lots of room for progress. :)  Afterwards, we headed out to the library to check out books on the topics we are studying in history and science.  Then I took them to the park to burn off some extra energy.  (I had no extra energy at this point).

Here's to another successful day today.  Hey, I'll settle for a pretty average day.  Also, I need to write in "Teacher Nap Time" on the schedule.
Posted by Mrs. Frogster at 12:03 AM