Iphone Photo Phun - In Which I Show Favoritism

So I missed out on participating in Iphone Photo Phun last week. You would think that was due to the insanely busy schedule we are now keeping, with homeschooling and an ever-exhausting pregnancy. Nope. I couldn't find the cord that hooks my Iphone up to my laptop to get the photos off. I didn't find said cord until this morning. I take it as a good thing though. I mean, I could have lost one of the kids. Although I probably would have tried harder to find them if I did. Lose them, I mean.
Anyway, here's the past two weeks in all Iphoto glory (and no I don't love the youngest more than the others - he's just a lot more willing to pose for photos without shutting his eyes or making ridiculously cheesy grins. Also, he is pretty cute, I must say.) 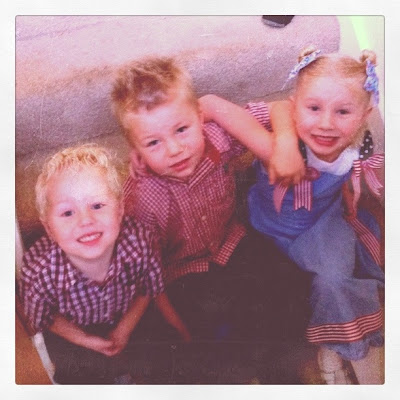 We showed our patriotism on the tenth anniversary of the tragic events of September 11th. 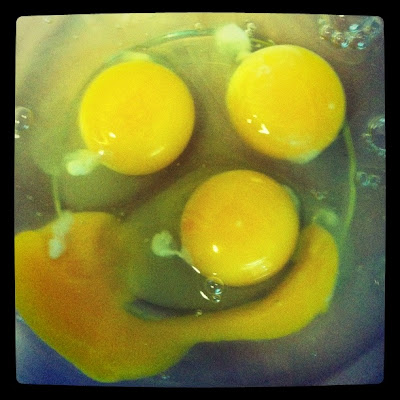 Screams of delight always greet my announcement of "breakfast for dinner." Apparently pancakes, french toast, sausage, and eggs are in high demand around here. This particular evening, even the eggs seemed excited about it. 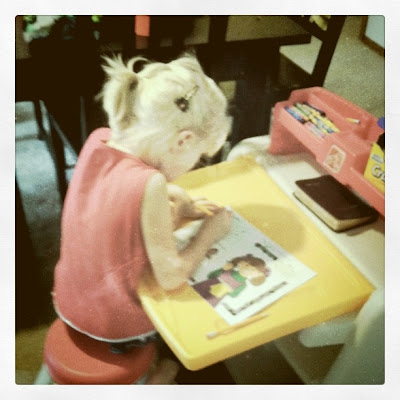 I took a quick photo here of the little scholar busy doing her Letters and Sounds page. 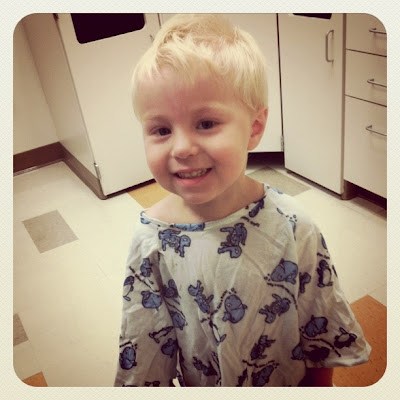 The Spud had his three-year-old well-child visit to the doctor. He was pleased to find out he was old enough to wear the little hospital gown and up-to-date on his shots. 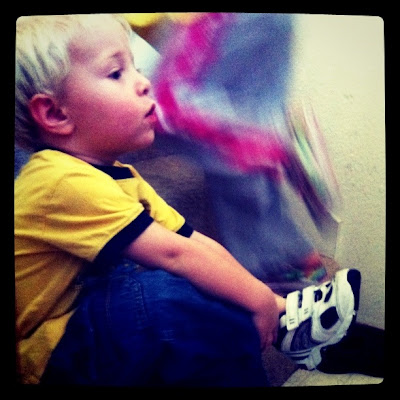 The little man is getting more independent every day. Putting his own shoes on is his newest accomplishment, a feat that couldn't have come soon enough for his poor preggo mommy. 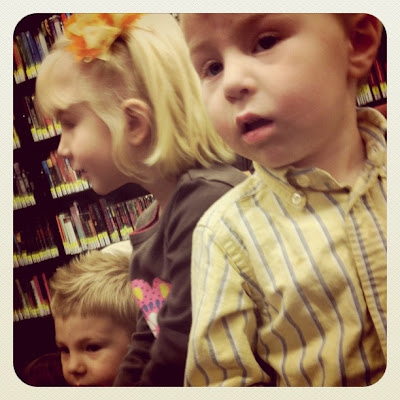 I bravely took the kids to a library story time last week. The theme of the day was "Getting Dressed." The Beast paid no attention to any of it until underwear was mentioned. Then he felt the need to announce to the whole class that he had special underwear, underwear with a "door" in it. The Spud chose a book about underwear to take home and has been giggling hysterically at it every night at bedtime. 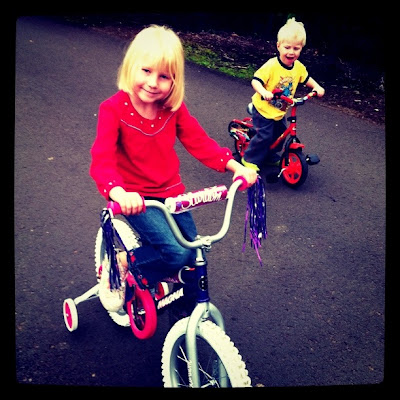 We managed to get a bike ride in while the weather was cooler. By bike ride, I mean only the Beast rode his bike the whole time. I spent most of my time steadying the Drama Queen's bike and assuring her that she would not fall. the Spud mostly pushed his bike around and pedaled it only occasionally.
And with that, this preggo lady is going to bed. :)
Posted by Mrs. Frogster at 10:15 PM